…my true love gave to me: a hoop that says, “Heeeeere’s Johnny!”

Can you believe it’s that time of year again?  And that I was insane enough to attempt Craftmas yet again?  Okay, it’s not as bad as all that: I did do a bit of planning this year and started my stitching early, but there are still a few projects that are freaking me the heck out right about now.  Why aren’t they finished yet?  Stay tuned, kids; this is going to be a wild, crafty ride.

One thing I have going for me, however, is that I had the presence of mind to start early on the one project that has to cross international borders via a wholly reliable and never delayed or overpriced postal system.  What does one make for the writer who’s a Stephen King fan and who collects typewriter paraphernalia?  I did what I do best, and perused Etsy for inspiration.  Good thing, too, because that’s where I found these tiny typewriter charts.

I wasn’t crazy about the phrases on the typewriters’ paper, though.  They were cute, sure, but not quite what I was looking for.  Some divine inspiration struck, and I was reminded of The Shining, where , uh, where Jack Nicholson goes stir-crazy. 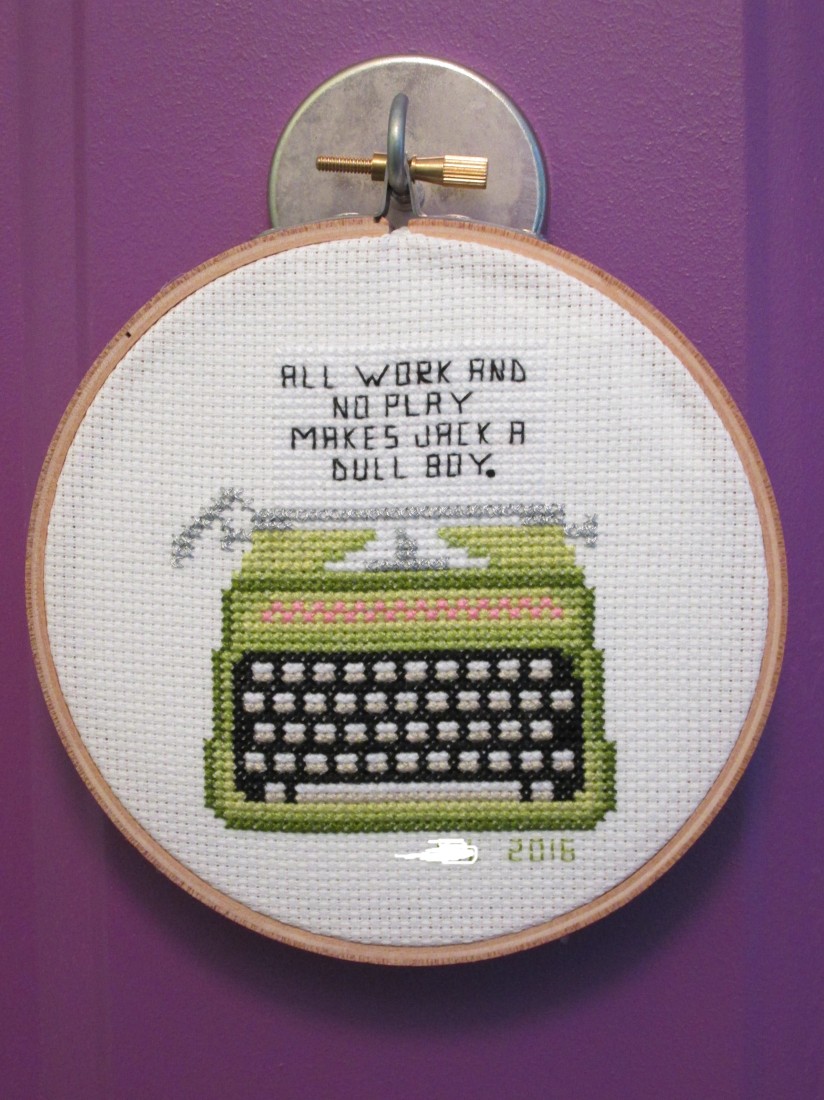 It looks big there, I know, but that’s actually a four-inch hoop it’s framed in.

Also, I didn’t much care for the fact that the carriage return and paper-guide-bar-thingie (note the pains I take to use the technical terms) were originally supposed to be stitched in plain cotton embroidery floss, and substituted in DMC E415.

Et voila, a hip, pop-culture-y hoop, with minimal stress or fuss.  It was put in the mail Sunday; I hope she likes it!