At the risk of sounding like a crazy cat lady, Saturday was my cat’s birthday.  I’m not the best cat-mom when it comes to remembering stuff like that; in the eight years that I’ve had her, I think I’ve only remembered once before this.  But hey, my bad parenting/sieve-like memory doesn’t mean she shouldn’t have a fabulous celebratory cake, right?  The stars were aligned: it was a long weekend and I had icing sugar in the house.  And truthfully, I had been looking for an excuse to do up something like this, and what better reason than a birthday? 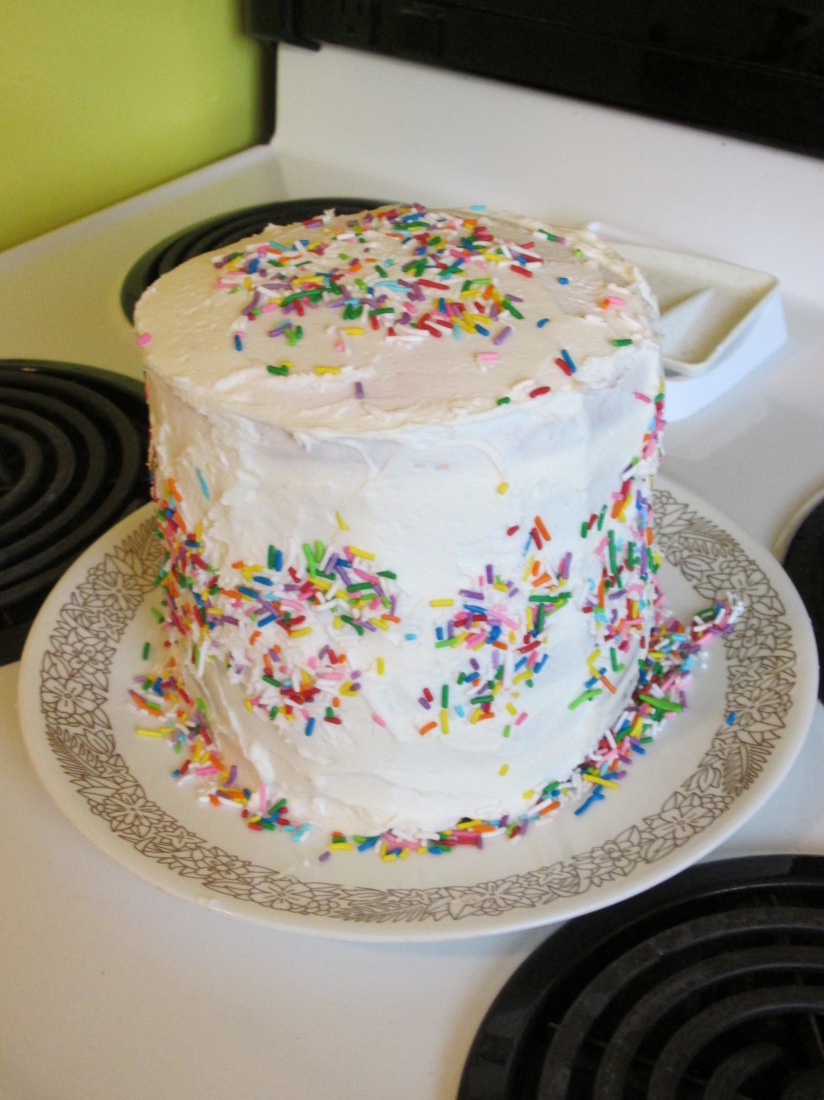 Say, that looks tall.  How many layers did you say it was, again? 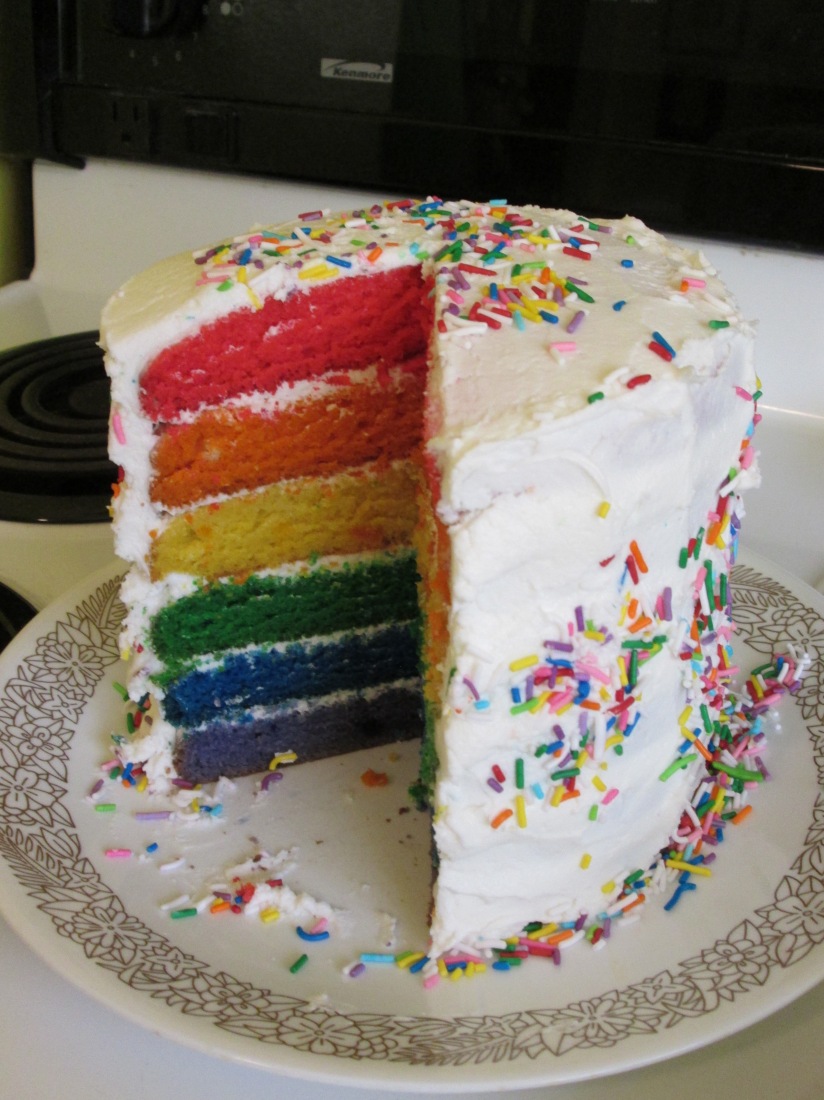 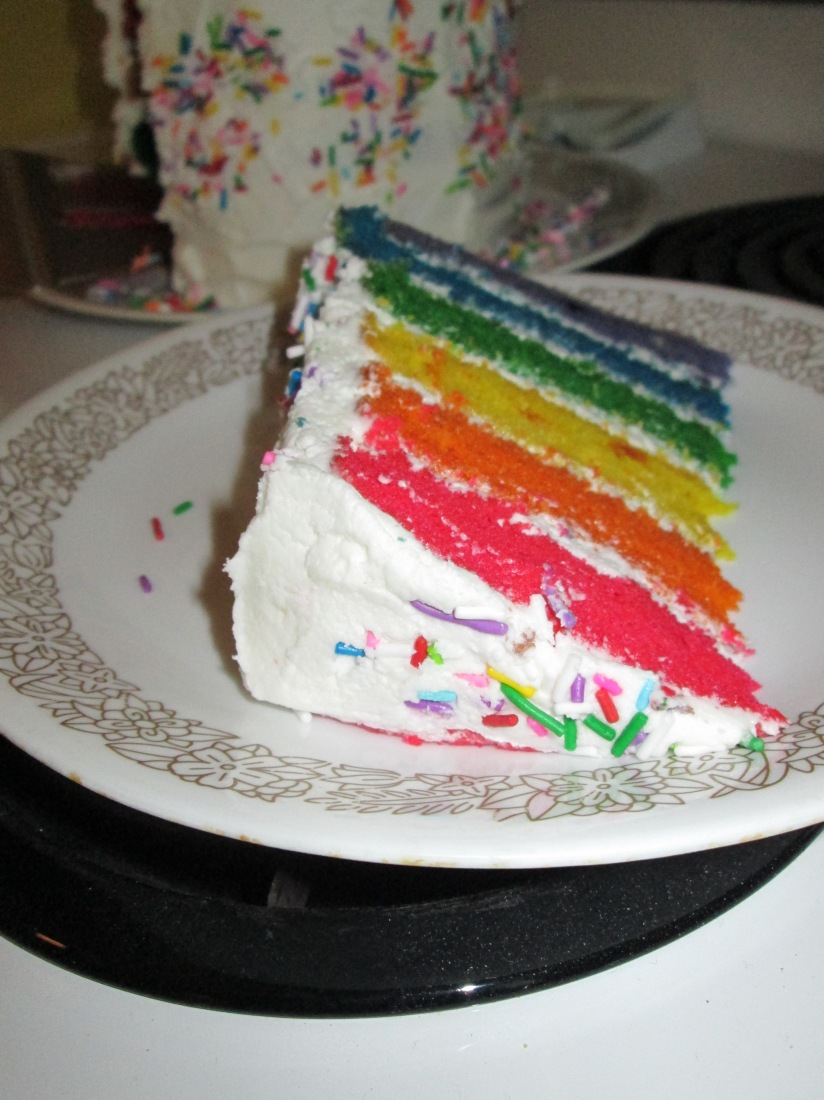 Proof that “vegan” ≠ “healthy”.  I used the basic vanilla cupcake recipe from VCTOTW, doubled it, and divided it amongst six bowls to tint each one separately.  You definitely don’t want to attempt this if you have a serious aversion to artificial colours – but my theory is, as long as the majority of my diet isn’t neon-coloured, a piece of cake now and then isn’t going to kill me.  I made a huge batch of the fluffy buttercream frosting recipe from the same book, and barely had enough to finish the cake.  Even though each layer is only 6″ across, it still used a lot! 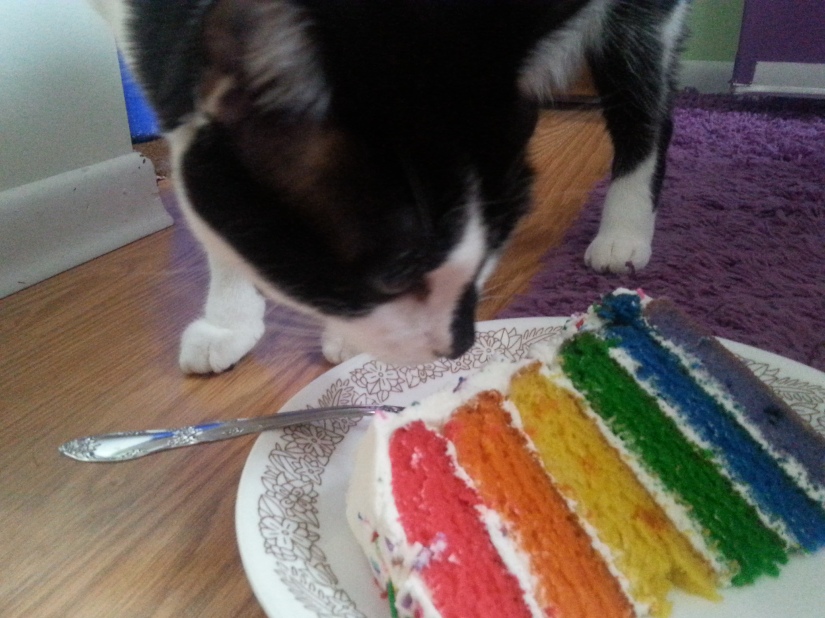 The birthday girl was somewhat intrigued by this candy-coloured confection, but quickly lost interest and resumed the nap from which she had been so rudely awakened.  Hey, more for me!

I’m not sure if I’d try this again.  It’s not difficult, just a bit fiddly, and is a bear to store as none of my cake-takers are tall enough to house it.  But I can cross “rainbow layer cake” off my baking bucket list.

2 thoughts on “Rainbow Rah-Rah (Lisa Frank would be proud)”